We Are Seeing Red!

Since 2010, Seeing Red has served Red Bulls fans with a new podcast each week during the MLS season. Within each episode, Mark Fishkin and Joe Goldstein delve into the week’s RBNY news, engage in an insightful interview, and give our fans a voice by answering listener questions.

To tell us what you think or ask a question, drop us a line anytime at SeeingRedNY@gmail.com.

BULL OF THE YEAR

COW OF THE YEAR 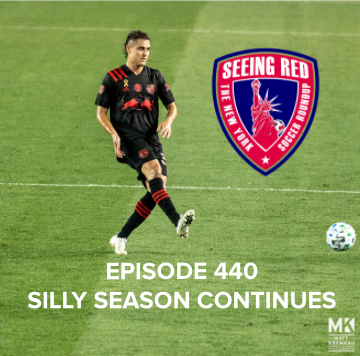 Rumored players not coming to the club! Players not rumored but signed by the club! Rumors of defenders leaving the team on loan! Draft Picks! Top Drawer Soccer’s Travis Clark! MLS 2021 dates announced, but the league signals its clubs to prepare for a lockout!  It’s just another week of silly season here at Seeing Red!

This site uses Akismet to reduce spam. Learn how your comment data is processed.